Editor’s note: This is part two of a three-part series. Part one appeared in the February 12, 2001 issue.

What to Do When the Lawyer Will Not Honor Your Lien

The ugly side of a trial lawyer often shows itself after the case is settled. Trial lawyers often forget that they pull a fiduciary duty when they manage an attorney/client “trust” account. In fact, the main reason lawyers lose their licenses is because they commit fraud through their trust accounts. When a PI case is settled, a lawyer will deposit sums of money into a trust account, with the fiduciary responsibility to pay the doctor in full, to pay his own costs and fees, and to pay the client (patient). However, if a personal injury case does not have a satisfactory conclusion for the trial attorney, the attorney will be tempted to substantially reduce the doctor’s fee, and get the patient to sign the final papers so that the attorney’s fees are paid in full.


Many trial attorneys believe it is appropriate and proper to “discount” a doctor’s fee in order to get their own fees paid in full. Of course, this is grossly insensitive and unfair. Some attorneys reduce the doctor’s fee, even if it is a good settlement, out of a callous disregard for the rights of the doctor and the doctor’s obligations to his/her clinic and family.


Some lawyers will not even discuss how or why the fee is reduced. The doctor will open up the mail one day and simply find a check for partial payment of fees, along with a letter that declares the fees are paid in full. No negotiations are conducted.

What’s A Busy Practitioner to Do?

Should the doctor hire a lawyer? Should the doctor begin a campaign of multiple phone calls to try to reason with the attorney? We believe that neither approach serves a doctor’s best interest. Instead, we offer a three-part proposal that is proven effective for our clients for several years.

1. Send a 72-hour demand letter. When a lawyer isn’t playing fair, don’t try to reason with the lawyer over the phone. Lawyers laugh at telephone calls, but respect written communications. A letter tends to keep the lawyer more honest (see the model letter below for reference).


Re: Demand for Payment in 72 Hours


Enclosed please find a copy of the medical lien signed and dated by yourself. This lien guarantees that your office will pay our office once the case is settled. We understand that the case was settled recently, and that our patient has already received this compensation.


We assume that you will honor your lien contract, but your delay is causing us concern. Accordingly, we demand full and immediate payment of $1,500.00 (see accompanying copies of bill and report). I am sure you are familiar with the provisions of the Rules of Professional Conduct of the State Bar of California. The Bar charges you as fiduciary for monies collected in this case.


Lawyers are trained to respect deadlines and threats. As we suggest, if you know the case is settled and the attorney is not paying your fees in a fair manner, you need to issue your demand letter. The demand letter is short and to the point. It should give the lawyer a specific amount of time in which to respond, or consequences will happen. We believe that when the attorney is not playing fair and is the fiduciary to the trust account, the attorney has a higher than normal duty that holds that any check generated by the trust account is handled in an ethical manner. This opens the door for a state bar review.


If the lawyer does not bother to respond to your 72-hour demand letter, you generate a formal complaint to the state bar at the 73 rd hour (see attached copy of state bar complaint form for California on page 21). Generally, any letter will do, as long as it includes the attorney’s full name and legal address. Some state boards are more assertive at disciplining attorneys than others. Many state bars or regulatory agencies are criticized for being too relaxed on attorneys, and the discipline monitors are quite sensitive to bad publicity. We encourage the doctor to fill out a complaint form. It takes only a few minutes and costs nothing. It creates a hazard for the attorney, particularly if the attorney has prior complaints. It’s worth a try.

2. Sue the lawyer. There is no more pathetic lawyer in all the land than the one stuck in small claims court having to explain to a hundred of your friends why he or she cheated you. Most small claims judges are lawyers themselves. They know what trial lawyers do. Some are unfair, but most are good. In California, hundreds of lawyers have been sued by doctors and have won. To be prepared, the doctor must have the original patient file; the assistance of the patient; the demand letter trying to get the bill paid; and the original lien the lawyer signed. The beauty of the original lien is that is a signed and dated contract in which the attorney promised to pay the doctor upon conclusion of the case – not a partial settlement, but full payment. The traditional attorney/doctor lien contract is binding in all jurisdictions. It is a matter of simple contract law. If your state recognizes a lien law, you must exercise this document on every personal injury case. Some states have protected doctors’ fees, but only to a limited instance. Other states have a wide-ranging number of mechanisms to protect a doctor’s fee.

How Costly Is it for the Doctor to Go to Small Claims Court?

While the cost is insignificant, it may take a couple of hours of the doctor’s time. So, is it worth the doctor missing patient appointments to enforce the lien? We believe so. Many doctors believe they cannot successfully challenge an attorney in court, but doctors who defend their just and reasonable fees in court will discover several nice bonuses. Many lawyers don’t want to be bothered with small claims court and will pay after they have been served with the lawsuit. By going to court, the doctor not only grows in confidence, but sends a clear message to the lawyer that this doctor will not be taken advantage of. These extra benefits are much greater than merely getting the fee paid. 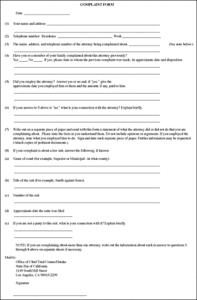