Small Claims can be a big help for Chiropractors

Small Claims Court can be a big help for merchants
It’s cheaper and faster alternative to civil suits, but it’s not foolproof.
By Cyndia Zwahlen, Los Angeles Times, June 27, 2011 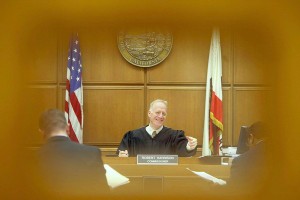 Even a small business can have its day in court. In Small Claims Court, that is.

Every weekday the dockets of the 25 Los Angeles County Superior Court branches that hear small-claims cases are filled with lawsuits filed by small-business owners and other individuals seeking relatively small amounts of money.

For small businesses, the money could be due from a client who won’t pay, a supplier who didn’t deliver, or a vendor who is disputing a bill. The process is lawyer-free and designed to be cheaper, faster and easier than battling in a regular civil court. It also can be less costly than turning a bill over to a collection agency for a fee.

And as the state has raised the limit on how much money can be sought in Small Claims Court, “it is a forum that … is becoming more of a tool for small business,” said Los Angeles County Superior Court Commissioner Douglas Carnahan, who works at the Torrance courthouse and has overseen these cases since 1984.

About 67,000 small claims, including those made by small businesses, were filed in Los Angeles County alone last year.

Farhad Nikzad, president of Torrance wholesaler Bamboo & Hardwood Imports Inc., was in Small Claims Court this month to resolve a $3,500 dispute with a retail store customer.

Going to Small Claims Court has worked well for him in the past, he said, and he hopes it will help him this time to get at least part of his money back. “This retailer wouldn’t pay. We shipped the wood and they wouldn’t pay us,” Nikzad said. At the defendant’s request, the case ended up being rescheduled for later this month.

Nikzad said he paid just $60 to file the claim paperwork. Fees range from $30 to $75, depending on the amount of the claim but jump to $100 a claim for more than 12 in a 12-month period. He said he also paid about $60 to have the papers served to the defendant.

As a corporation, Nikzad’s small business can sue for up to $5,000 per claim in California but can’t sue for more than $2,500 twice in any 12-month period.

Sole proprietors and other individuals can sue for up to $7,500 under the same terms. That amount, which was bumped up by the state in 2005 from $5,000, would increase again to $10,000 under legislation that was recently passed by the state Senate and is before the Assembly.

Small businesses represent themselves in the Small Claims Courts. In California, lawyers are not allowed to participate in the small-claims process, except in an appeal. There are no juries and no rules of evidence, according to the online small claims section of the Superior Court’s website.

A typical proceeding usually involves the person filing the claim and the person being sued standing before a judge or commissioner, who asks them questions.

Either side can bring witnesses to answer questions too, if appropriate. The process usually takes less than 30 minutes. And a decision or ruling is often made on the spot, although the court may rule by mail within a few days or weeks.

Small-business owner Sean Bennett said he has used Small Claims Court several times to successfully collect on invoices owed by former clients. The debts, he said, ranged from about $700 to $800.

“By taking it to Small Claims Court, two things are going to happen: It’s going to get their attention, No. 1, or you just get a judgment against them,” said Bennett, who runs ECS, a registered process server in Los Angeles known as Motorcycle Messenger.

Wages, money or property can be used to satisfy a judgment in Small Claims Court.

Collecting a court judgment — the money the court said is owed — can be very difficult unless the defendant agrees to pay voluntarily.

For people using Small Claims Court, “the first, most important question that they need to ask is how likely they are going to be able to collect the debt,” said Nick Aquino, manager of a free program run by Los Angeles County to advise either side in a small-claims case.

Small Claims Court is not a fool-proof process. Steven Lax, president of Board Patrol Inc., a film location site-preparation company in Los Angeles, has a Small Claims Court date this week but can’t find the defendant to serve him with court papers.

“It’s the last tool you want to use,” Lax said. “Being a small business, you like to coddle every single customer you have. When it gets to this point it’s a last-ditch effort to get paid.”

This email address is being protected from spambots. You need JavaScript enabled to view it.
Copyright © 2011, Los Angeles